Teamsters Local 96 has published both its Nominations Meeting Notice as well as its IBT Convention Delegate Election Plan, both of which can be read and downloaded below. 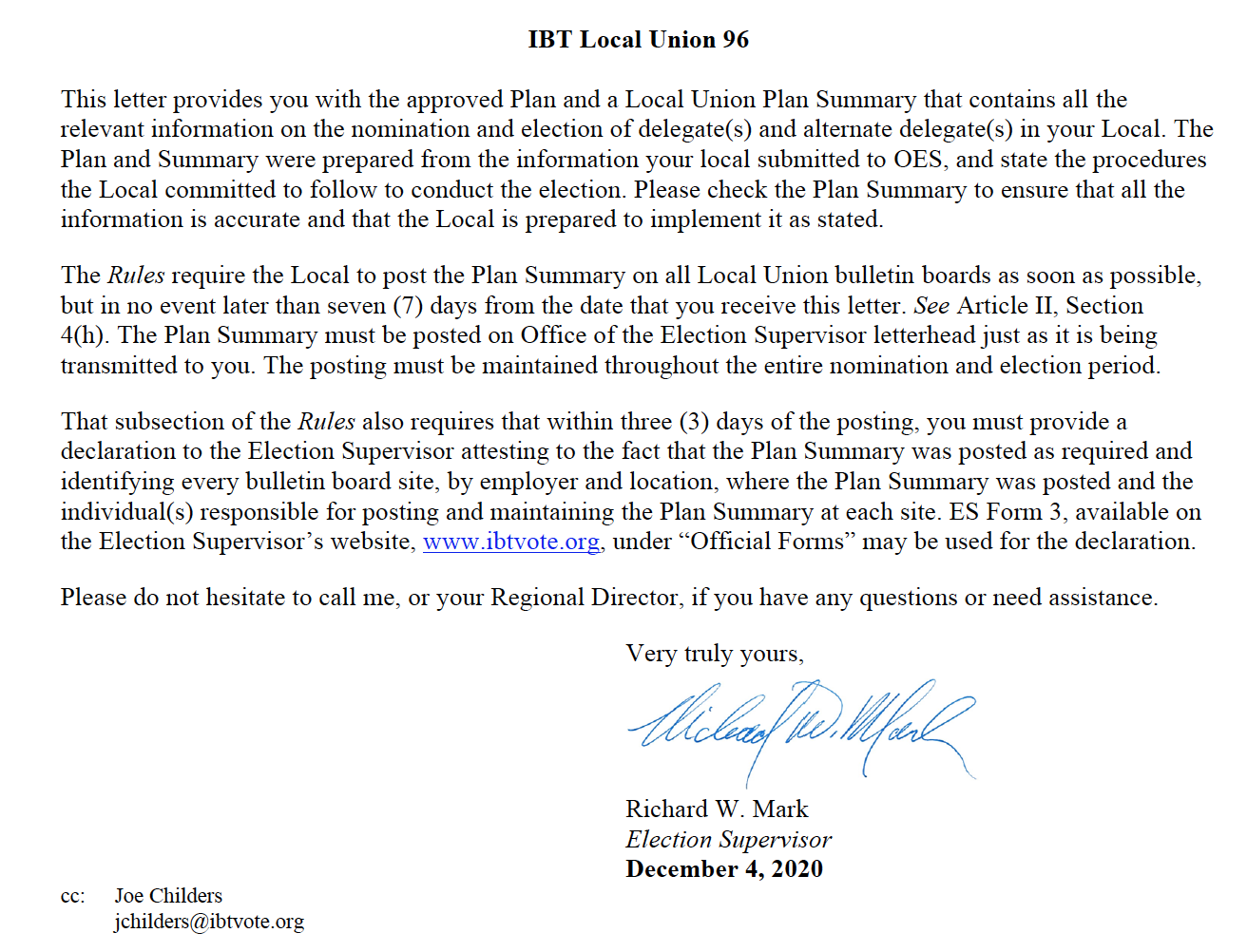