Your Contract Negotiating Committee has met with management three times. Read the latest contract update on the proposals we've presented to management and the 18 proposals the company has responded with. Share this information with other Teamsters and be ready to act together to win the contract we deserve.

Local 96 is still in the initial stages of bargaining: No proposals on major economic issues like wages and insurance are on the table yet.

The union has presented 19 proposals so far. On Thursday, management hit us with 18 proposals. While we have not discussed them with the company yet, they appear to be a frontal attack on long-established union rights and protections.

If Management does not back away from these nasty proposals, they are in for a fight.

Read the full Contract Update. Share it with other Teamsters. Stay informed and stay united. 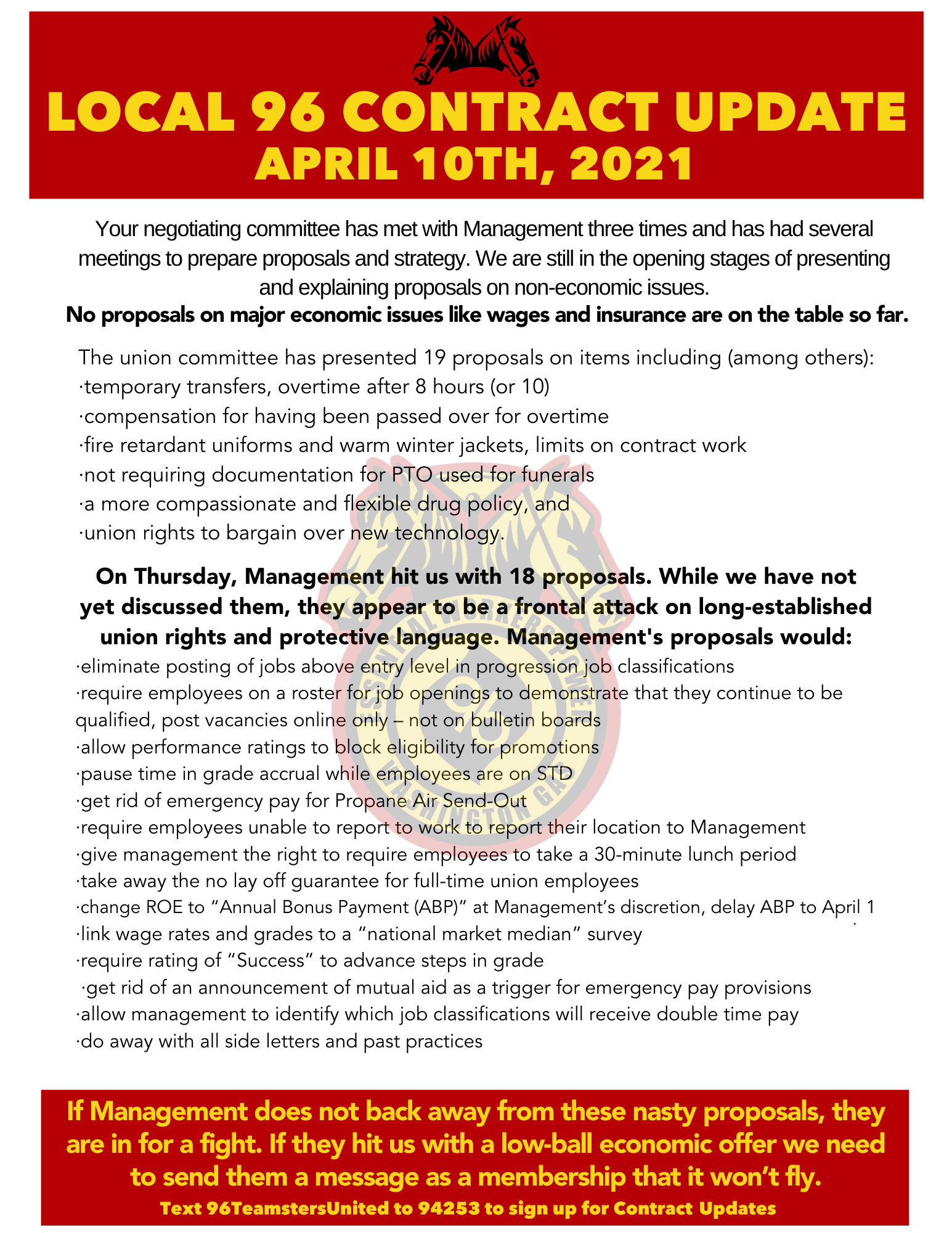