Tonight, your Bargaining Committee reached a tentative agreement with AltaGas negotiators on a new contract that addresses our priority issues, including raises and healthcare. All employees should report to work as scheduled while we prepare for the contract vote. 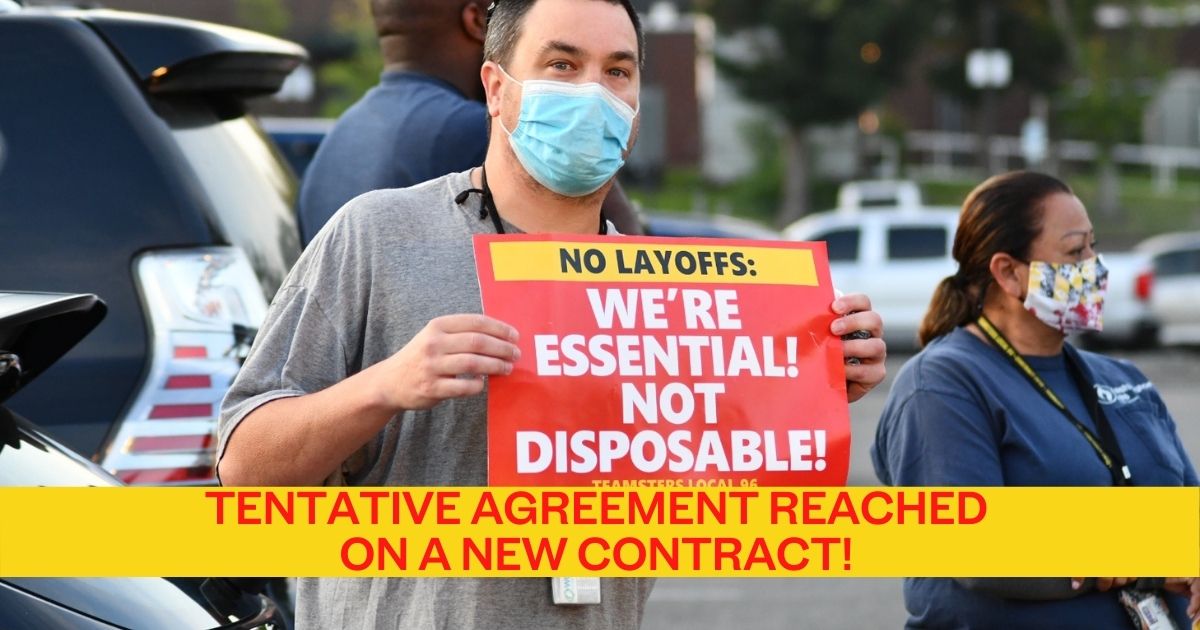 Local 96 members sent a clear, united message of union power with a 97% YES vote to authorize a strike.

As a result, we’ve won a fair contract that delivers more than 15% in our paychecks over five years and protects quality, affordable healthcare for our members.

The proposed contract will be voted on by members by an electronic vote. Details on electronic voting will be available soon. All employees should continue to report to work as scheduled.

Before you vote on the contract, you will have time to review a complete copy of all contract changes. Here are some key highlights.

The contract includes increases of more than 15% over five years in your paychecks, through a $1,000 lump sum + 2% effective June 1 of this year and 3% increases on June 1 of the next four years.  $1,000 is more than 1% for all members.  The company originally proposed raises of 1% a year.

The contract protects quality, affordable healthcare for our members.

Healthcare costs are on the rise. The contract includes some increases in our co-pays and maximum out-of-pocket costs, but they will be phased in over time and will help keep premium costs down.

These changes are more than offset by the wage increases we won.

The new contract protects our No Layoffs protections, which the company wanted to eliminate.

On mutual aid, the company withdrew its proposal and will not be allowed to use AltaGas affiliated employees, including nonunion workers, to perform work for up to 30 days without triggering “mutual aid.”

The new contract lengthens the time for employees who self-identify to get help from 60 days to 90 days to obtain treatment and be eligible for rehire.

The new contract reduces the probationary period from ten months to six months.

It also improves procedures for in line progression, promotions, and temporary transfers.

The meal allowance and boot allowances are also increased.

The contract reduces how long discipline on your record can be held against you and reduces points for many less serious driving infractions. It increases points for using hand-held devices while driving, but eliminates points for rolling stops at less than 11 mph.

The new contract establishes a drafting procedure for implementation across the business as opposed to having different procedures across departments.  It relies more on volunteers.

This victory belongs to the Contract Action Team and the entire Local 96 membership.

This was a new Teamsters Local 96 in action. Our negotiations were conducted with transparency. Members were informed and involved every step of the way—and you answered the call.

We rallied against layoffs. We blew the whistle against corporate greed. We united to authorize a strike in record turnout.

Our contract campaign proves that the best way to avoid a strike is to prepare for one. United, we’ve defeated the company's demand for givebacks and won a fair contract.

United, we showed that Local 96 members are essential, not disposable! We are Teamster strong and united, we won!